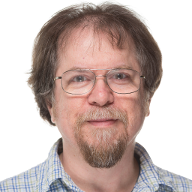 Please read and share my poem A Christmas Peril,
a seasonal plea to take the Climate Crisis seriously.

Climate should be humanity's number one priority.

Still too early to say, but ... I hope Biden does not run. For all he has done, we still aren't moving fast enough on Climate. We need a progressive.

I'd hoped for a Warren/Inslee ticket in the 2020 election.

With Warren's leadership and ability to explain hard concepts, and Inslee's detailed “Evergreen” plan, I thought we'd get the best possible outcome on the critical issue of the Climate Crisis.

What you'll find here is my public persona only: records of my publicly visible projects and achievements, and a substantial collection of my public writings....

Click here to show more about my public persona.

I've been privacy-conscious for many years, perhaps owing in part to a bad experience I had in the days of the early ARPANET, in which someone abused a piece of personal data I'd left online.

Later, when the web came online, I held back as many others rushed to place every detail about themselves, their homes, and their families into the public view. With identity theft and phishing so common these days, I’m glad I’ve been shy about details of possible marriage, of family, of birthdays, of places of residence, and so on. The people who need such information have ways of finding it.

Still, one can't live in the modern world without online connections. So I've tried to strike a balance. I think of my web site as revealing my “public persona.” When considering whether I might want to put something on the web, I ask myself if it is a proper part of my public persona, or whether they should be retained instead as part of my private persona. People differ in where they draw the line on this, but It's a thought exercise I think everyone should go through.

And so, if in my public persona you find something of me lacking, drop me a line privately and strike up a personal conversation.
—Kent Pitman

Click here to show less about my public persona.

My current blog, netsettlement, is hosted at Google's BlogSpot/Blogger site. It's mostly political, with some philosophy and humor and an occasional bit of tech history.

Here's a selection of my articles that I personally like best:

To find more, click on a word or phrase in the word cloud to the right of any of those posts, or see my extended list of recommendations.

I have authored, edited and/or collaborated on a couple dozen technical documents of note.

Here are some highlights:

In 2008, I gave an invited talk at the 50th Anniversary of Lisp conference. This is a webbed version of the paper that accompanied the talk:

In the Fall of 2001, I was interviewed in Slashdot about Lisp and Scheme.

Kent M. Pitman Answers On Lisp And Much More

A Turn at the Darkness

A tribute poem I wrote in memory of Maya Angelou, but really to honor the contribution of every poet.

My seasonal poem A Christmas Peril, inspired by The Night Before Christmas and A Christmas Carol, offers a grim warning about Climate Change. My friend Mariela Riva and I collaborated to produce a Spanish version of this poem as well: Un Villancico Ominoso.

Some years back, I regularly wrote parodies of the CBS daytime drama (“soap opera”) The Young and the Restless and published them to a web site that I created, anotherwayout.com. Alas, it was before google ads, and I had to stop because it was too much time and energy to continue without a way to monetize the effort. But I've kept the web site around.

Click here to visit a more complete list of my writings, arranged into categories of poems, short stories, etc.—even some comics.

A technical column I once wrote for the ACM magazine Lisp Pointers.

My first real blog was at the now-defunct Open Salon, a blog site hosted for a while by Salon.com. When it closed down, I moved many of my recommended posts to BlogSpot. (The rest are linked more clumsily via the WayBack Machine at Archive.org to a view of the past web when Open Salon still existed.)

My second evolutionary attempt to move toward blogging was this set of self-published articles.

Back before blogs were common, I perceived the need for them. My PFAQ idea operated as a kind of proto-blog, where I wrote about topics that seemed like others might want to read.

Click here to visit a more detailed index of my commentary on various topics, technical and non-technical, including interviews, columns, and blogs.

It costs me time and money to maintain my various sites. If you've received value from these pages and want to support the effort, please visit my donor page: